Luxor Temple The Temple in Man 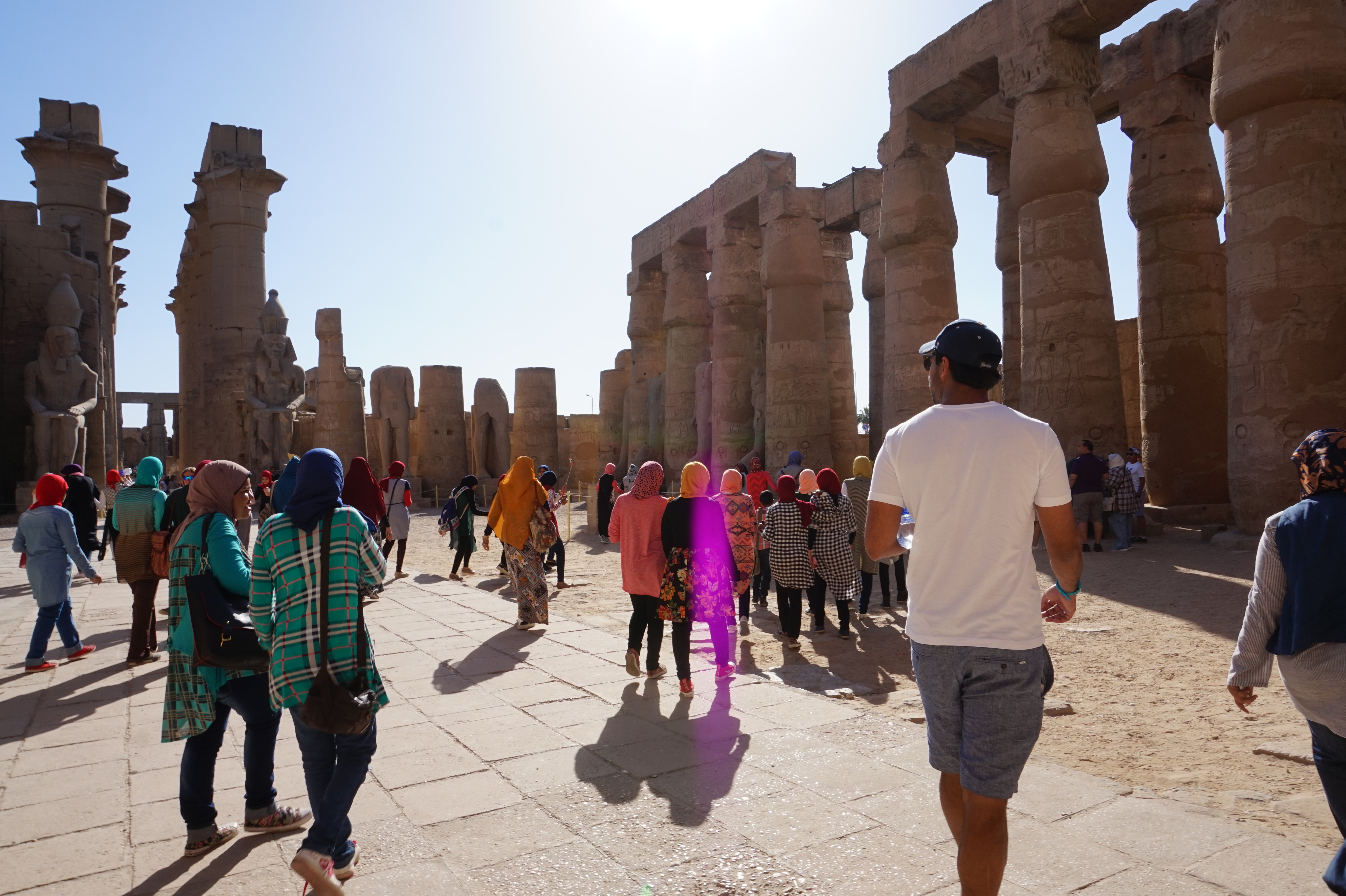 Schwaller de Lubicz, the French mathematician and orientalist, moved to Egypt in 1935 with his wife Isha and her daughter Lucy Lamy. They measured and mapped the Temple at Luxor in order to yield information as regards to Sacred Geometry and proportion, which describes the link between the cosmic realms and terrestrial nature including alchemy, physics, mathematics, geometry, art and astronomy. Schwaller describes the Ancient Egyptians Pharaonic concept of Man as the center of the Universe in physical expression as Anthropocosmos Man". The ancient Egyptians saw the Cosmos as an "act of divine conscious creation" and the seed of that divine consciousness was present in every human being, waiting to be watered and nourished and returned to its divine state through the process of spiritual alchemy, the transmutation of mortal man into his divine and enlightened state. To the Anthropocosmos Man, the Universe is a projection of human consciousness and consciousness is volume. The architecture in the Temple of Luxor expresses volume in form. The spirit, having descended into matter using its Golden Blueprint of creation at Karnak temple, now begins the process of growth from child to adult at Luxor temple, here we see the fully formed physically perfected, fully conscious Man. The Temple of Luxor describes the structure of the human body, incorporating its energy centers, the Chakras. The temple describes the process of creation and growth of the human form. The body was seen as the temple of the divine spirit, and Luxor temple is a perfect example of how the temple was built to be a symbolic representation of the physical body. The plans for this temple are based on human proportions and contains the secrets of spiritual anatomy. The proportions of the human body can be found embodied in the geometry of the temple's architecture. Luxor temple is, among other things, a symbolic representation of the perfect man.  "In order for the indefinite volume of a sphere to become form, at least three directions must be defined, the polar axis and the four directions of the equatorial cross. This is the reason for the whole of the celestial mechanics, ordered by numbers that form a marvelous system and for which they are key." 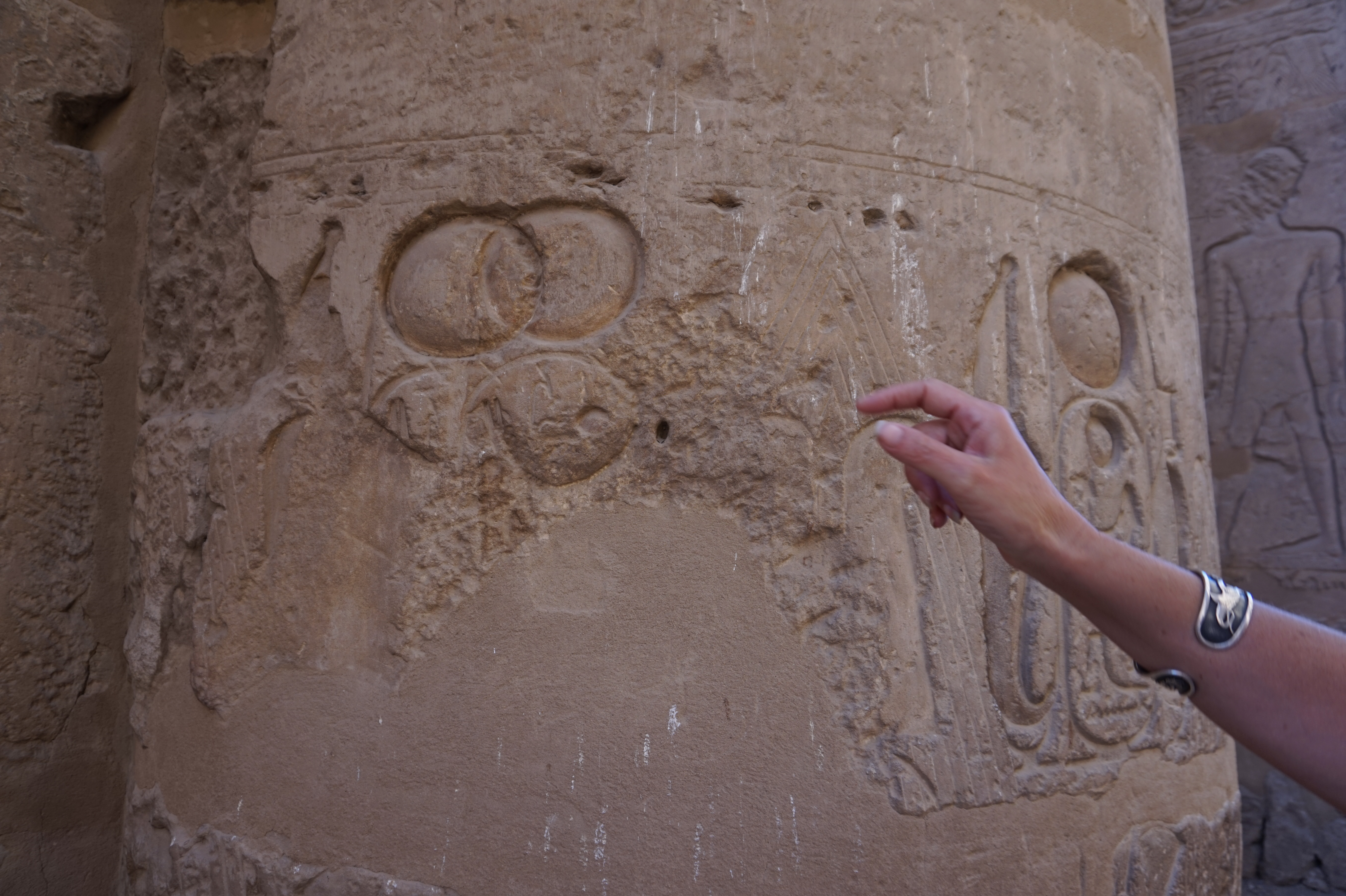 Schwaller de Lubicz moved to Egypt in 1935 with his wife Isha and her daughter Lucy Lamy. Together, they measured and mapped the Temple at Luxor, including floors, ceilings, walls, columns, and everything else that might yield information as regards Sacred Geometry and proportion.  For the next fifteen years they would study the ancient Temples of Egypt, mostly The Luxor Temple, and document their findings for the world to study. The French speaking family would produce their first works in Paris, then little by little their works were translated into English and other world languages. The famed Temple of Man would not be released in English until the winter of 1998, nearly fifty years after it was completed in French.  The story here pales in comparison the the study presented by Schwaller and his family, but hopefully we can share enough information to introduce you to the ingenious work of this brilliant individual, his wife and her daughter.  To his friends and students he was affectionately know as "Aor" and so we will call him Aor.

"Man denies the magic of harmony…therefore, loving what he habitually knows. .... As this habituation perpetuates itself, suffering ensues..... Vital suffering is consciousness undergoing the process of surpassing itself. This is the Magic of Harmony." 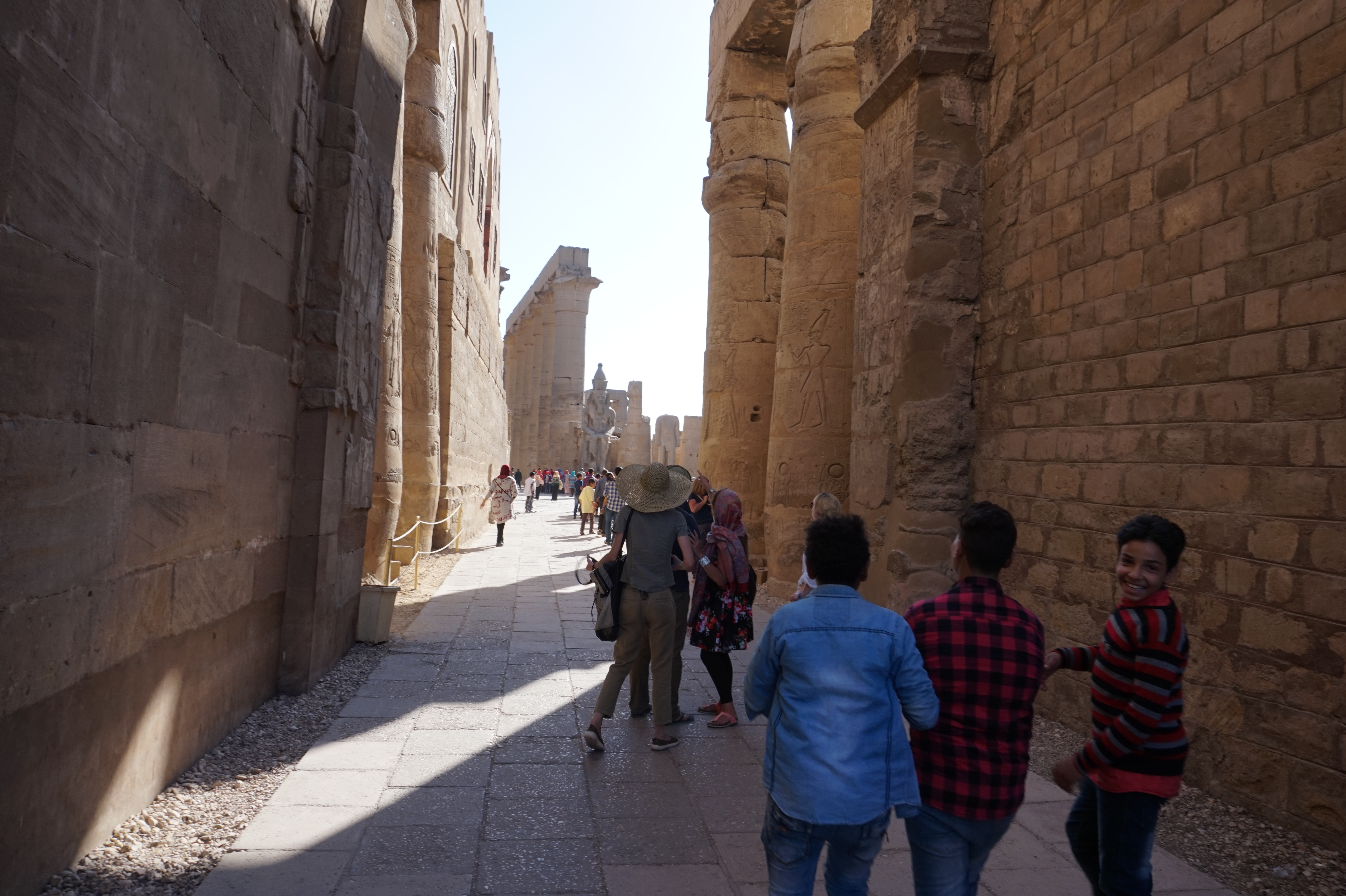 "Esoterically, that is, from the outside, and therefore objectively, we see the world from the wrong side. We see the spherical bodies turning, and their centrifugal forces seems to us to be active, acting against the centripetal force that apparently plays a passive role. Seen Vitally from the inside, exactly the opposite is true."  "Nourishing space flows toward the center, not like a fluid towards a solid, but like the spiral currents of an immaterial sphere that appears to be solid at a certain degree of density defined by the central coagulating activity."  "These falling spirals occur according to the Golden Number; they can easily be constructed on a 1:Ø rectangle, as can the spirals of a snails shell. The Golden Number is Phi which is represented by the symbol Ø, and .618 numerically. One, relative to Ø would produce 1.618" Aor

a.) Following construction of a quarter arc, any diameter of a circle, equal to 1, when rotated around one of its ends will have its opposite end at a distance of 1/Ø from its original circumference.

b.) The double square results from this function, whereas the usual demonstration of Øby a double square is but one geometrical resolution of the arithmetical proposition Square root of 5+1/2  From this function, which is the result of a cycle, innumerable forms emerge.  The wedjat eye and the subdivision of the hekat. The hekat, considered as a unit of capacity for the measure of grains (thus of a lunar capacity), is subdivided into sixty-four parts. The Symbols used to express these subdivisions are derived from the ancient myth according to which the eye of Horus was fragmented by Seth.  Later Thoth (Hermes, Mercury), symbolized by the ibis, miraculously "filled" or "completed" the eye, bringing together its parts so that the eye reacquired its title "the whole eye" or "the healthy eye". Of the two eyes, it is then the lunar one that is identified with the measure of volume.  The hekat is subdivided into 1/2, 1/4, 1/8, 1/16, 1/32, and 1/64. The fractions added together make 63/64 with 1/64 missing. At right is a hieroglyph from the Luxor Temple showing part of the hekat.  The Temple of Luxor was planned from the very beginning to be bent in this odd shaped curve, derived from Phi, Phi² , and Phi³. [Remember that Phi = .618] 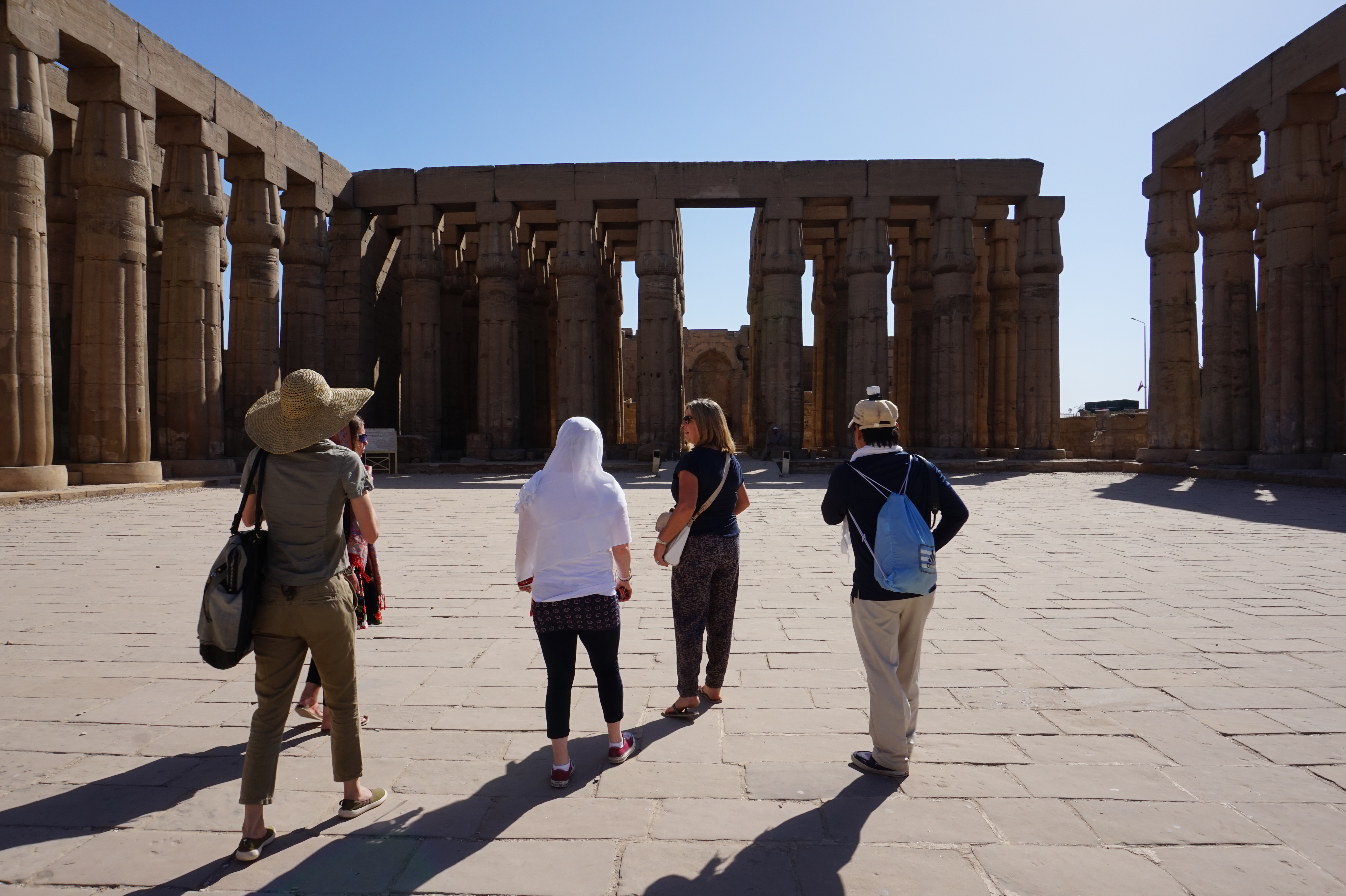 The idea of following the sun in its precession is an understatement compared to the amount of information contained in the proportions of this great Temple, but let's not loose sight of this fact.  Aor teaches us that the human cannon is 19 "palms" in height, up to the point of the pineal gland. The palm is the width across the hand.  There must have been a great reason for Schwaller de Lubicz to leave the cushy trimmings of a Geneva research facility, provided to he and his followers. In 1935 he went to Luxor and immediately learned something, although we have little but conjecture about what that something might have been. He went back to Geneva and packed his bags and returned to Luxor to spend the better part of the next fifteen years.

While at Luxor he wrote many books on the subject of the proportions of the Temple, and their relationship to alchemical processes. Unfortunately it would be another fifty years before his most important work, The Temple of Man would be translated into English.  The Spiritual representations of the hieroglyphs at Luxor abound. Here we see the personification of the Ankh, right bottom, with arms holding a staff. To the left we see the Uas scepter, personified as human and holding another staff. Above the Uas we see the personification of Ka with raised hands depicting Spirit.  The Ankh above seems to have been added as an afterthought, perhaps by the Coptics who inhabited the Temple in the Ptolemaic era.  Most of the fluted columns are filled with hieroglyphs and cartouches of the men who built the Temple. To the right of center, there is a hieroglyph of Hese, the ancient scribe noted by the ink well. www.sangraal.com 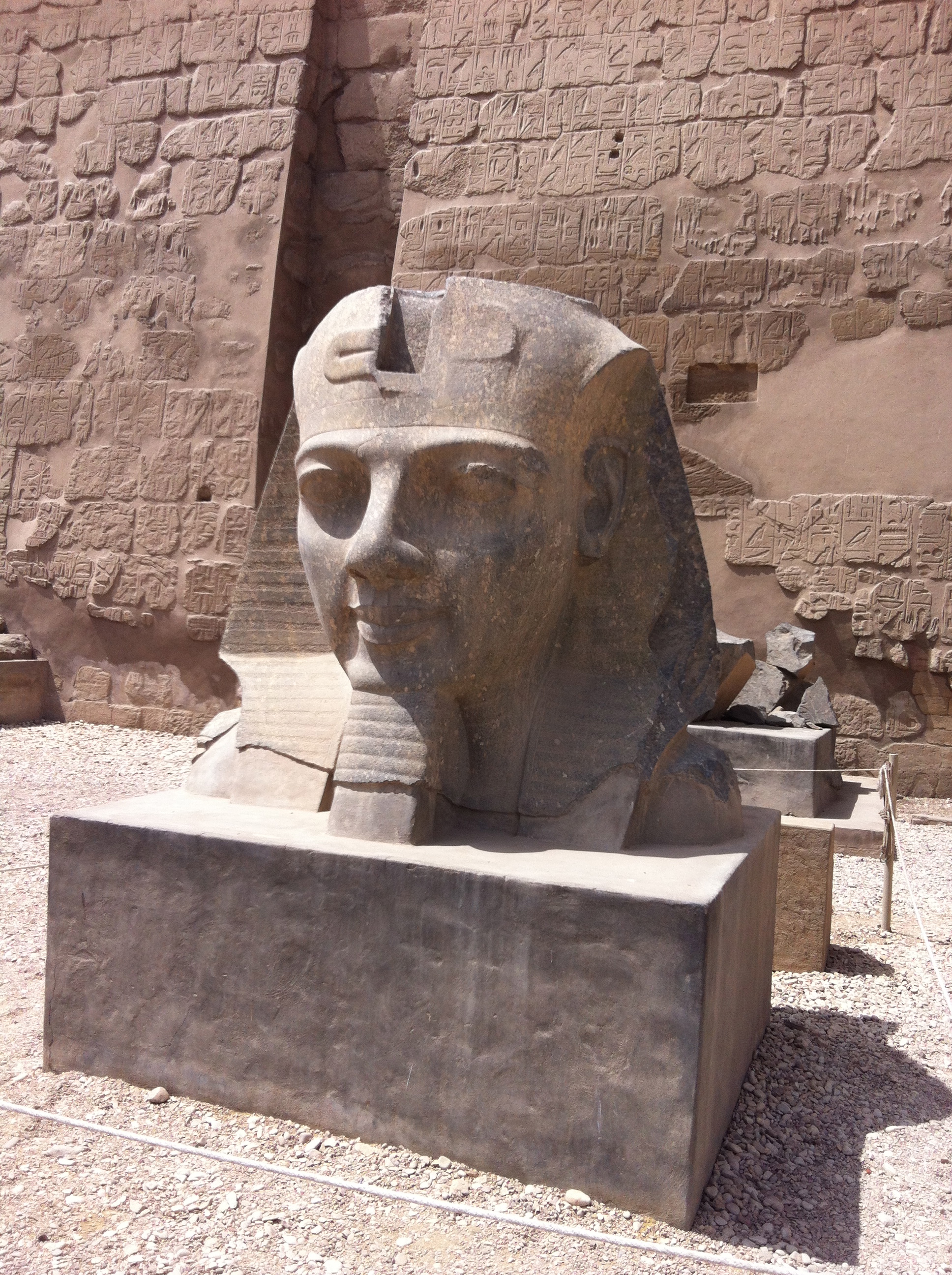