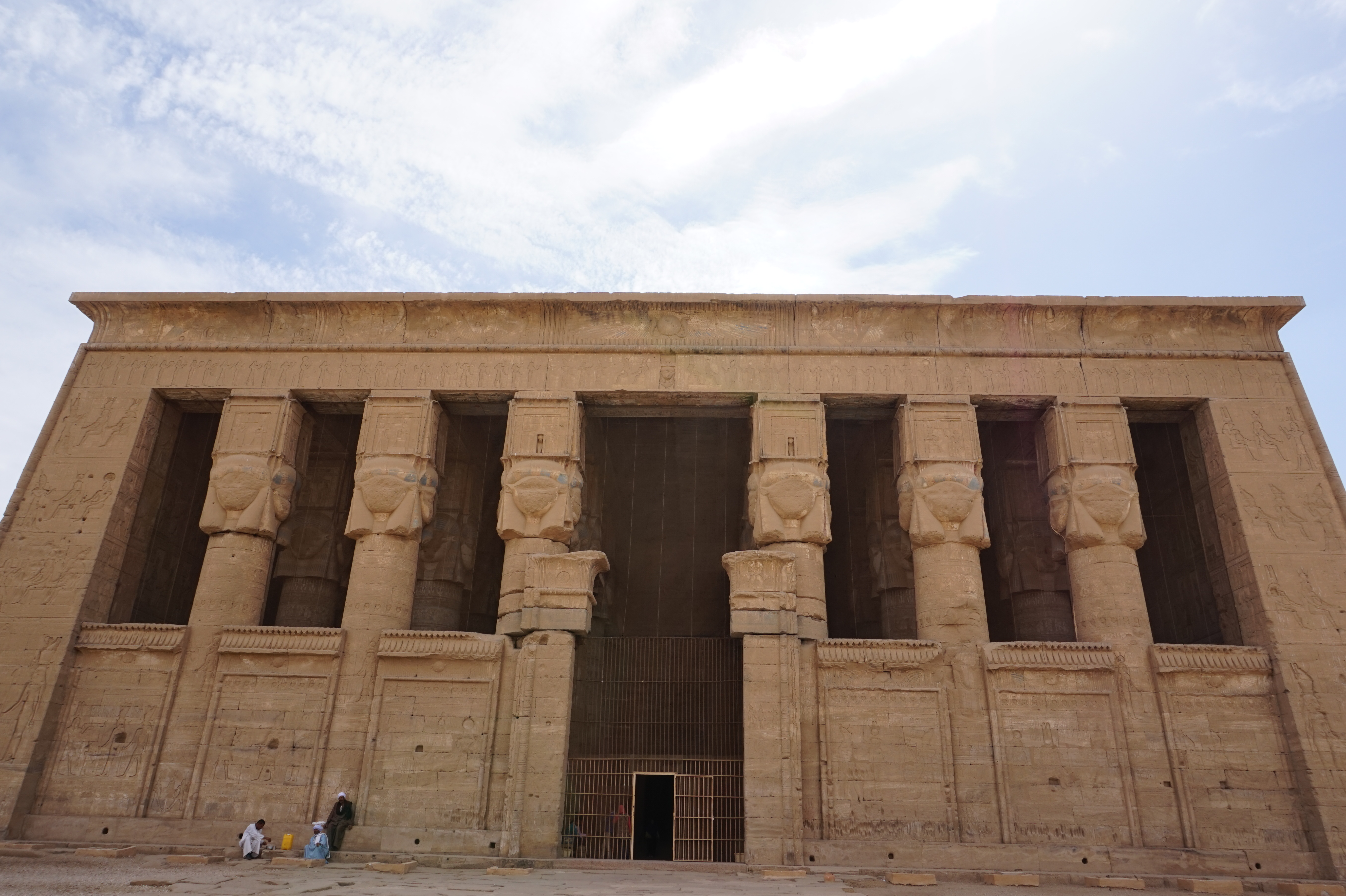 Each sacred site served many functions and one of those various functions being as astronomical observatories. It was Sir Norman Lockyer, through his research, as he measured the orientation of the temples of Egypt, realized that they had an astronomical basis, and so the modern science of Archaeoastronomy was born. The goddess Hathor, in her aspect of Isis, personified the star Sirius, and the temple of Hathor at Dendera, which was built on the ruins of a much older temple, was used to track this star. Like the temple at Edfu, to which the temple of Dendera is linked, there are inscriptions which indicate that Dendera temple was built according to an ancient plan. An inscription in one of the crypts states that the temple had been built according to a plan written in ancient writing upon a goatskin scroll from the time of the Companions of Horus (the sages, the builder gods, the primeval ones). Egyptian chronological tables have been found which date the founding of Egypt to a much earlier time than the first Dynasties. All the writers of antiquity who had any contact with Egypt wrote of this very ancient date for the Egyptian civilization. The ancient sources talk about a long period of time when Egypt was ruled by the Neters, and another equally long period during which it was ruled by the Shemsu Hor (the Companions or Followers of Horus) The earliest of these accounts place the founding of Egypt at 30,000 B.C. Herodotus is quoted as saying that the sun had twice risen where it now set and twice set where it now rises. This account by Herodotus was interpreted by Schwaller de Lubicz as a description of the passage of one and a half processional cycles. This would place the founding of Egypt at 36,000 B.C.

The name Hathor means House of Horus and she was associated, among many things, with sound healing through music. One of Dendera's most important roles was as a healing centre. Dendera was a sacred place of pilgrimage where all manner of miraculous cures were said to have taken place as performed by the goddess Hathor.  Also at Dendera is the only circular zodiac to be found in Egypt. In one of the many crypts of Dendera there is also to be found something that is said to look like a cathode ray tube or crookes tube. These bulb like objects are reminiscent of over sized light bulbs. Inside these â€œbulbsâ€ there are snakes in wavy lines, the snakes pointed tail stems forth from a lotus flower. Something similar to a wire leads off a small box on which the air god is kneeling. Adjacent to it is the two armed Djed pillar which is connected to the snake. The snake is symbolic of kundalini energy, the double helix of the DNA and also of higher wisdom. The ancient Egyptians had advanced scientific knowledge and technology evidence of this can be found throughout the ancient civilization. Their teachings of science and technology was centred on the workings of electromagnetic energies, the Net. These ancient scientists were the Masters of the Net.