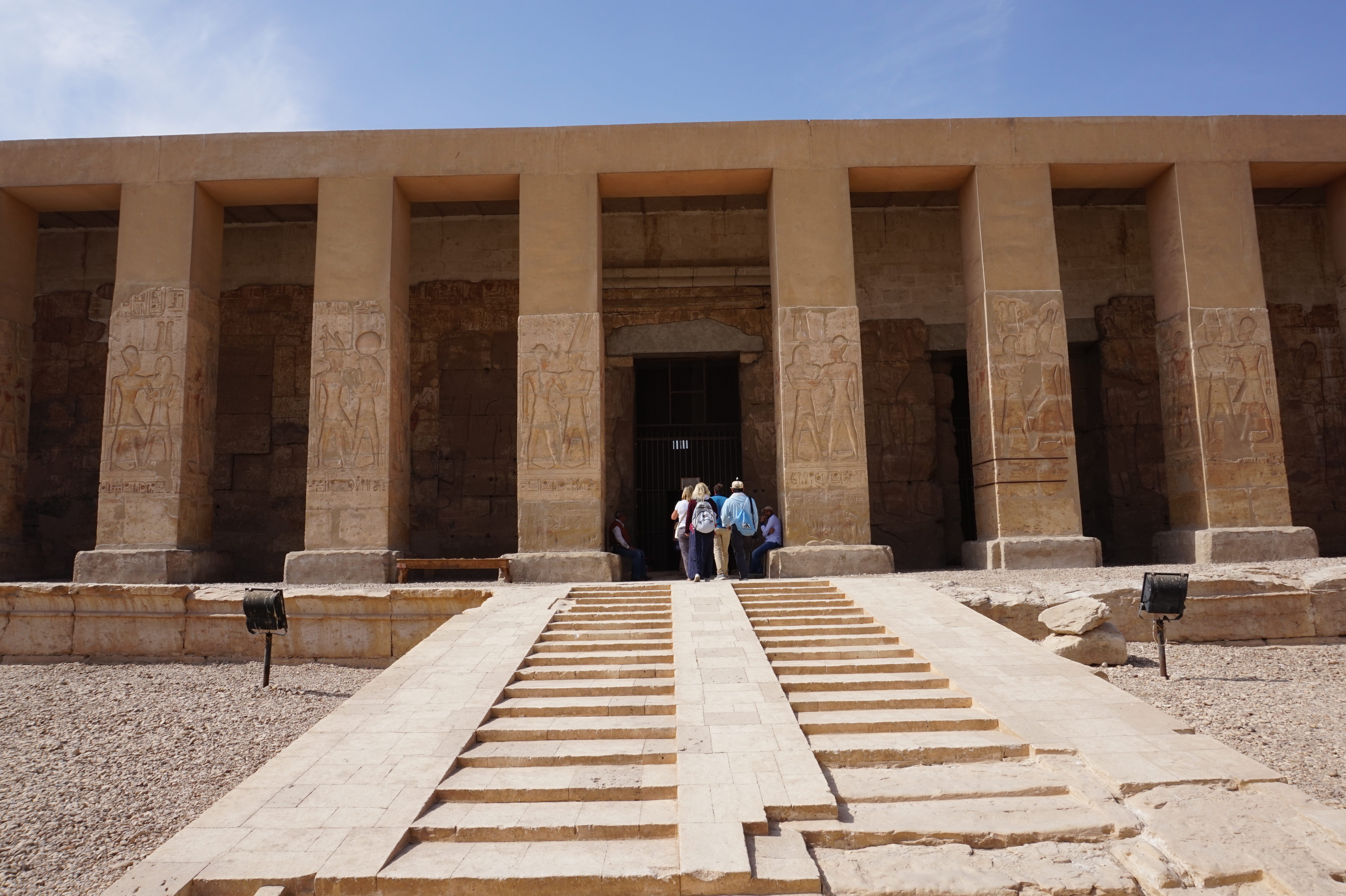 For the Ancient Egyptians, Abydos was one of the holiest sites in the world. It was the center of the god Osiris and was known as the Gateway to the underworld. Osiris, lord of the cycles of creation, symbolizing the divine spark in man and the physical creation. This aspect of Osiris describes the process of birth, re-birth, renewal and return, a return to the divine. Abydos is still a place of pilgrimage for Spiritual travellers and is said to be the burial place of the head of Osiris. It is here at Abydos that Osiris is brought back to life after having being killed and cut into 14 pieces by his brother Set. It is here that Osiris becomes the judge of the dead and the lord of the underworld. It was at Abydos that the Djed pillar was raised for the first time. The festival of the raising of the Djed dates back to more than 5000 years. It is the Egyptian Book of the Dead or the Book of Coming Forth by Day that identifies the Djed pillar as the backbone of Osiris and the support and backbone of the Universe. The Djed pillar was the cosmic axis of light linking heaven and earth, the microscopic representation of which was the backbone of the human body through which the light of the kundalini energy rises. In the Edfu texts it is said that the Djed pillar served its greatest purpose and revealed its greatest mysteries at the end of one world age and the beginning of another, this is such a time! Dorothy Eady (Omm Sety) who believed herself to be a reincarnation of a temple priestess at Abydos, tells the story of her relationship with the illuminated King Sety. Beginning in the early 1900s and lasting until her death in 1981 Dorothy Eady and Seti carried on the romance begun in 1500 B.C. He would appear to Dorothy at night, then, he would disappear all of a sudden, crossing into the parallel reality the ancient Egyptians called Amenti, the realm of Osiris. The Temple of Seti , built around 1300 BC by Seti and his son Ramses II bears a cartouche in the Outer Hypostyle Hall that has become famous for including the "Abydos helicopter." The ancient engraving shows a helicopter and other futuristic devices.